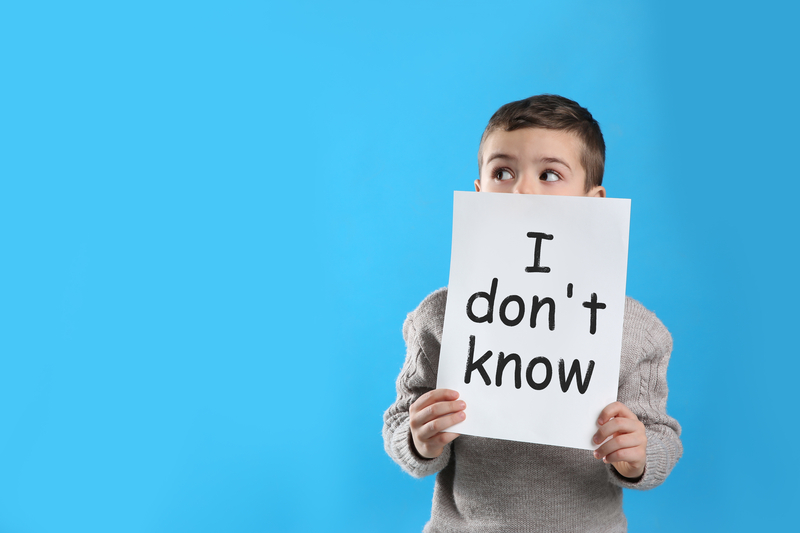 The Wisdom of “I don’t know”

Listening to an audiocast this morning about a new technology platform, I was reminded of the power in this short, simple phrase I don’t know as I felt the all too familiar angst arising within me and found myself wanting to swipe the window away, moving on to what I do know.

“I don’t know.”  We may think it several times a day and rarely say it, fearful of the perceived consequences of being judged. Or think it and say it when it feels safe to do so or we are feeling really brave. Or a combination therein.

What if we recognized it as a catalyst for growth and let it empower us through the ceiling and beyond the walls that are holding us back? What if I recognized it today in this way and continued to listen? What might that make possible?

Honing in on 104 and living fully at 103, Charles “Hap” Fisher would say frequently to me “I don’t know.” A professional chemist and research administrator, his career accomplishments were numerous with professional publications and patents, many of which contributed significantly to today’s conveniences. He had traveled around the world seven times, he read everyday and often in Spanish or German, and he valued conversations that led him to questions rather than answers.

I don’t know…the three words that many shutter to say that he claimed were his favorite words. I heard him say them often and always with a slight chuckle and twinkle in his eye, which led me to realize how instrumental they had been in his successes and in his life. Those three words had allowed him to ask and live with a question, pursuing an answer that may or may not lead to a discovery, and allowed him to defer and listen to others to tap into their expertise and knowledge for the greater good, the larger cause. And those three words allowed him to live with the wonder of a child even at 103, constantly yearning to learn more, and to play with possibility toward his purpose of creating a better world.

Hap helped me see the power in thinking and saying “I don’t know.” I added them to my list of courageous language, and am reminded today of the importance of practicing saying them out loud, stepping into their wisdom and wonder, seeking to realize the opportunity they present to learn and discover.

I have had the privilege of working with many extraordinary people: people for whom average is not good enough and who recognize there is always more to discover, to learn; more brilliance to bring forth; more good to do. Upon reflection, I see that not only are they willing to say or hear I don’t know, they are willing to take action because of it. They know what Hap knew, I don’t know has exponential potential to create possibilities, and through those possibilities, there is growth.

I imagine what my life would be like if I would seize the opportunity to say I don’t know more than I am. I imagine our world if we all would do so.  More discoveries? Absolutely. More conveniences? Possibly.  More connections? For sure.  More peace of being, peace of mind and enduring happiness? Yes.

Allow yourself to say “I don’t know”, letting it guide you forward.

Allow yourself to hear “I don’t know” seeing the opportunity it presents for learning rather than judging or reacting.

Live with the wonder of a child no matter your age.